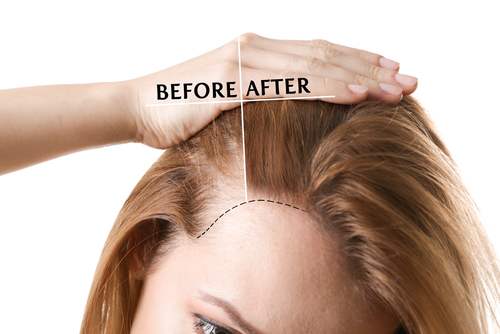 If you’re wondering what causes frizzy hair, this article’s got you covered. Find out how hair gets frizzy, how to prevent it and how to wash hair to stop frizz for good!

I’ve heard many people say, “I can’t get the hairstyle I want because of my frizzy hair”.

On rainy days, their hair sways and spreads, often causing their hairstyles to fall out of place.

While frizzy hair is partly due to heredity, it can also be caused by incorrect hair care.

Related: Which Moisturizing Shampoo is For Frizzy Hair

Related: How To Stop Frizzy Hair After Washing

Frizzy hair is usually a symptom of dry, damaged hair. If you have a lot of frizz then your hair looks rough and bushy, putting a damper on your pretty haircuts.

Also, frizzy hair can contribute to hair damage as it causes your strands to get tangled easily.

So it’s important to take care of your frizzy hair.

You should understand why your hair becomes frizzy and know the correct way to deal with frizzy hair to improve it.

Hair is made of a protein called keratin.

Kinky hair is a condition in which the bonds of the proteins that make up the hair have broken down and the protein fibers are no longer homogeneous.

A layer of protein called the cortex makes up 90% of the hair.

Whether or not frizzy hair grows is largely determined by the shape of the pores.

If the shape of the pore is distorted, the proteins inside the hair will be unevenly arranged, making it easier for frizzy hair to grow.

In addition, there are gaps between hair strands, which increase the area exposed to the air, making the hair more prone to dryness.

See also  Should I Be Worried If I Have Thin Hair

This dryness makes hair even more susceptible to damage.

Wavy hair is a type of curly hair with large, wavy waves. This type of wavy hair is the most common among Japanese people.

On humid days such as in the rain, the hair becomes more wavy and spreads out, making it easy to lose styling.

Twisting hair is a type of frizzy hair in which the hair twists around like a coil. People with thicker and firmer hair tend to be more prone to this type of hair.

Since there are many gaps between the hair, it tends to be dry and spread out.

Spiral is a type of frizzy hair where the hair is curly and coarse, similar to afro hair textures.

This is the most frizzy type of frizzy hair, and it twists violently from the roots to the ends of the hair.

There is also a type of frizzy hair that is caused by aging.

As hair ages, its moisture and oil content decreases, it loses elasticity, and it becomes dry.

It is a common theory that curly hair is a dominant trait and is more likely to be inherited from both parents than straight hair.

In the case of inherited curly hair, it is difficult to fundamentally change the quality of the hair. Therefore, it is common to deal with this problem through cosmetic procedures such as hair straightening.

Cause 2: Distortion of pores and hair

In some cases, distortion of pores and hair is the cause of frizzy hair.

Factors that cause pores to become distorted include muscle wasting due to aging and loss of scalp flexibility due to poor blood circulation.

If the pores are distorted, the hair that grows out of them is also distorted, resulting in frizzy hair.

When the amount of sebum on the scalp increases due to diet and stress, the pores become clogged.

See also  7 Harmful Ingredients You Should Avoid In Shampoo 2022

There are many patterns of frizzy hair due to lifestyle disruption.

An unbalanced diet can lead to a lack of nutrients necessary for hair, resulting in warped hair that is more likely to become frizzy.

Similarly, lack of sleep also requires attention. The hormones which promotes hair growth, is secreted in the highest amount during sleep.

Therefore, if you do not get enough sleep, growth hormones are not secreted sufficiently, and your hair tends to become thin and warped.

When blood circulation to the scalp is poor, the amount of nutrients carried by the blood is also reduced, causing hair to be undernourished.

As a result, hair quality deteriorates, making it more prone to frizzy hair.

Hair, regardless of whether it is hair or not, is strongly influenced by male and female hormones.

It is not uncommon for hair that was straight before to suddenly become frizzy, because the quality of hair changes as the hormonal balance changes.

In the case of men, the hormonal balance is often disturbed by stress.

Strong detergent shampoos strip away too much oil and moisture, reducing the ability of the hair and scalp to retain moisture.

When the moisture content in the hair is not evenly distributed, the hair tends to warp and become more frizzy.

As we age, the surface of the scalp sags due to muscle wasting and collagen loss.

As the scalp sags, the shape of the pores become correspondingly distorted.

The degree to which aging affects the scalp varies greatly from person to person, but in many cases, changes in the shape of the pores can lead to frizzy hair.

How to tame frizzy hair naturally

One method to reduce frizzy hair at a salon is to have it cut to make it less noticeable.

Based on the way your hair grows and the flow of your hair, the salon will create a style that will make your frizzy hair less noticeable.

See also  How To Do Inversion Method For Hair Growth 2022

However, this method varies greatly depending on the stylist in charge and does not always produce the desired result.

Also, in recent years, the latest technologies such as resetter cuts and digital magic have emerged, so there is a big gap in the services available at different stores.

The most popular solution for frizzy hair available at salons is hair straightening.

Hair straightening straightens frizzy hair and improves the luster of the hair.

Once you have had your hair straightened, it will remain straight semi-permanently, so there is no need to re-straighten your hair until it grows longer.

The disadvantage is that the damage to the hair is relatively large, but recently there are types of hair straightening that minimize the damage as much as possible.

Amino Acid-thermal treatment is recommended for those who want to alleviate the spreading and swell caused by frizzy hair, but not enough to straighten it.

Amino Acid-thermal treatment uses an acid called glyoxylic acid that penetrates the hair and corrects the distortion from the inside.

Although it is not as powerful as straightening, it causes very little damage to the hair and can be applied to damaged hair without any problems.

How to stop frizzy hair after washing

To improve frizzy hair at home, first review the shampoo and treatment you are using.

Choosing products with carefully selected ingredients can improve the condition of your hair and minimize frizzy hair.

If you have frizzy hair, it is also important to pay attention to how you dry your hair.

Hair is most vulnerable to damage when it is wet, so when towel-drying, do not scrub the hair vigorously, but rather wrap the hair around the towel to gently absorb the moisture.

The key to using a hair dryer is to dry hair from the roots up so that the ends do not dry out too much.

Also, using the cool air function at the finish will take the heat out of your hair and close the cuticle, making it easier to keep moisture in.

There are many causes involved in frizzy hair, not just genetic factors.

There are also options to improve frizzy hair through cosmetic treatments such as hair straightening.

After understanding the type and cause of your frizzy hair, you should consider your future hair care.

Which Conditioner For Frizzy Hair Is The Best

Should I be worried if I have thin hair? Well, read this article to find out why your hair is getting so thin and what is the best treatment for it! Thinning hair is a common problem for all ages. However, did you know that the causes of thinning hair vary with age, and so… 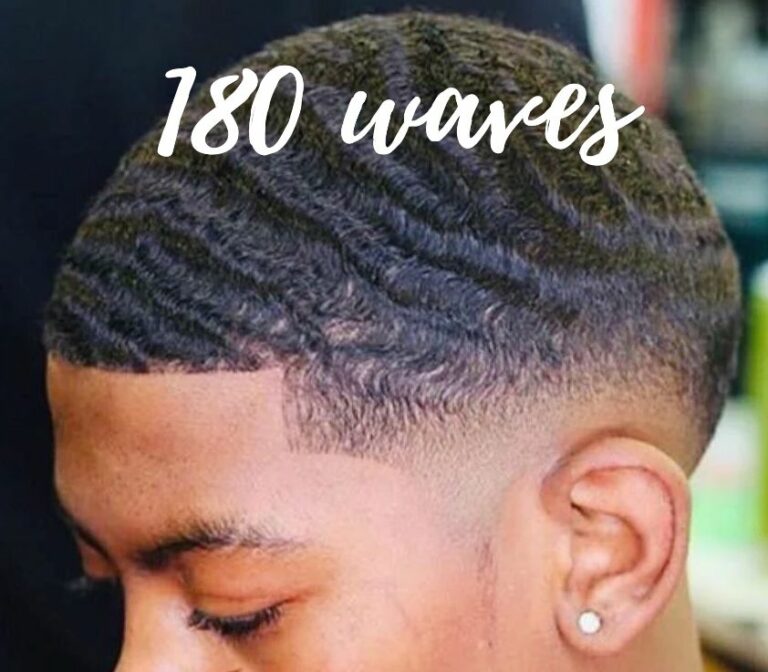 180 waves is one of the most popular hairstyles donned by black men. As the name denotes, your hair looks like waves after you have achieved this particular style but not throughout your head. And here’s how to get 180 waves in five simple steps. 180 waves is a hairstyle that has been popular since ancient… 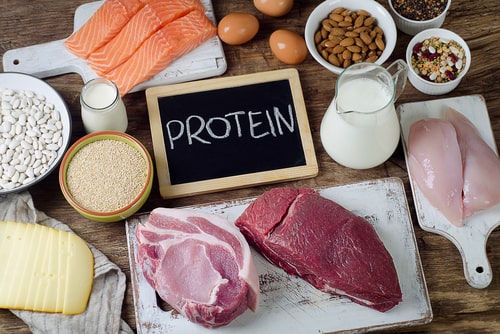 Does weight training cause hair loss? Does cardio cause hair loss? And how do you prevent hair fall while gymming? Find it all here! If you are a regular sportsperson, you have probably heard somewhere that “muscle training causes thinning hair”. You may be concerned when you hear such rumors, but as it turns out,… 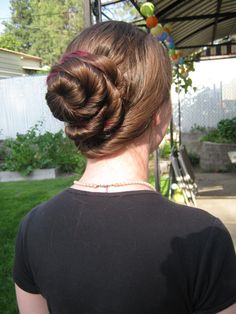 In this time and age where people are considering so many different options to style the hair, a hairdryer is a must-have. But it is not possible to generalize them under one big category. All hair dryers work in different efficiencies and are made up of different elements. The most efficient hair dryers are made… 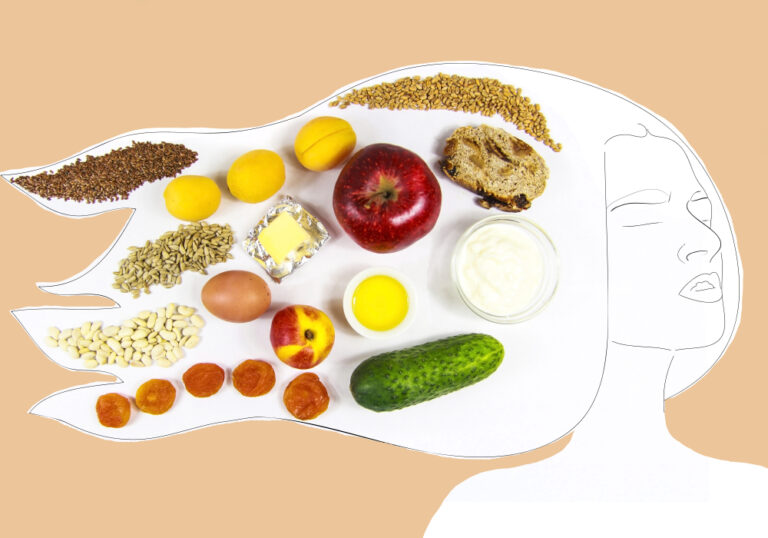 Are you looking for best fruits for hair growth and thickness? We have listed a few fruits that can help your hair grow thicker in a natural and effective way. A lot of people suffer from hair loss and hair thinning in the present day, from youngsters to older people, both men and women, hair…

Do I have thin hair? And is hair thining bad for guys? Find out if you have thinning hair or simply a fine hair texture with out expert checklist here! April is the season of summer and the end of the school year. Before starting a new life or having fun on vacation, let’s take…